In the United States, the catastrophic economic impact of the coronavirus pandemic has forced increasing numbers of young adults to move in with their parents.

A recent Pew Research Center analysis has now found that the share of 18-to-29-year-olds living with a parent has reached its highest level since the Great Depression era. In February of this year, the share of young adults living at home stood at 49% and that increased to 52% by July. With an estimated 30 to 40 million Americans thought to be at risk of eviction, that figure looked set to rise drastically over the coming weeks and months but an order from the Centers for Disease Control and Prevention has now provided tenants with protection until the end of the year.

The share of young adults living with their parents is higher than any previous measurement recorded in current surveys and decennial censuses. Historically, the highest value was recorded in the 1940 census towards the end of the Great Depression when the share of 18-to-29-year-olds living with a parent stood at 48%. It reached its lowest level in 1960 at 29%. The Pew Research Center states that the number of young Americans living with a parent stood at 26.6 million in July, an increase of 2.6 million from February. The number and share moving back home grew across the board for all racial and ethnic groups, men and women, metropolitan and rural residents as well as in all four main census regions. The highest growth levels were recorded those aged 18 to 24 and for White young adults. 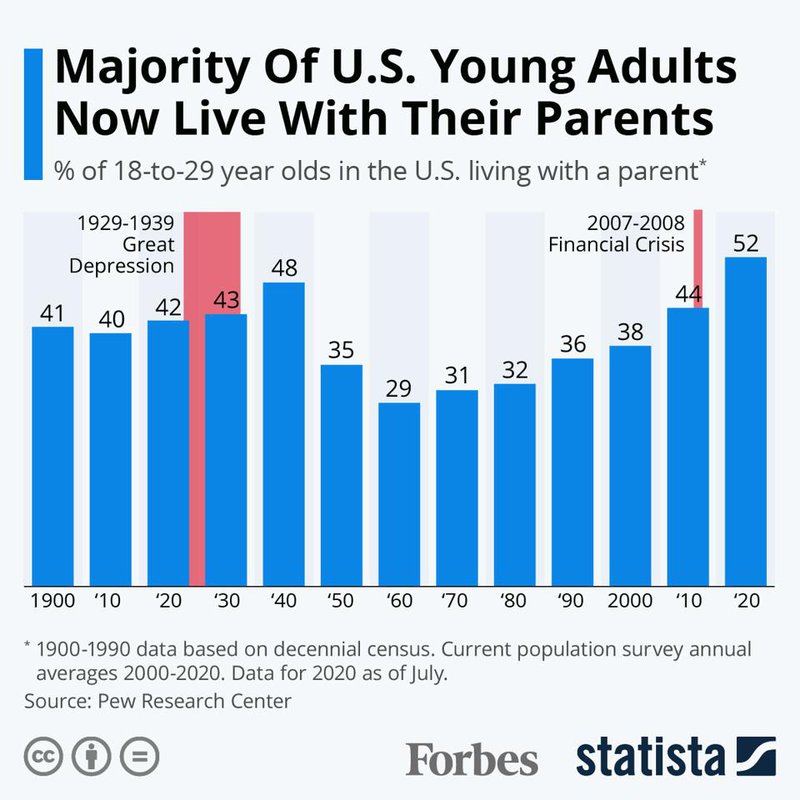